Side(car) stepping around the electric revolution... 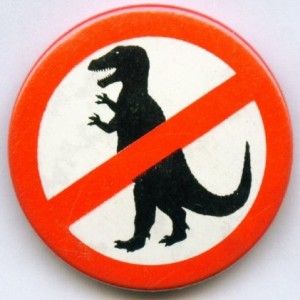 The Government's new legislation for 2035 has been taken by many to mean that only pure electric cars and vans can be bought new from that date.

This is not the case. It states only that they cannot be petrol, diesel or hybrid powered.

This leaves gas, either LPG or bio-CNG as valid alternatives. But whether or not they will get any investment and become available from manufacturers is far from clear. The Government is pushing only fully electric powered vehicles in the case of cars and vans.

Where does leave us?

Well, we know that we will be allowed to continue to use our petrol engined outfits past the 2035 date, but we don't know how much we will be penalised for doing this in terms of taxation and being banned from city centres etc. We should assume that these penalties will get stiffer as time goes on.

So we need a plan. A plan is always better than hoping for the best.

There is nothing in current legislation nor is there anything suggested, to prevent us from converting an existing engine to run on gas, LPG or bio-CNG.

An LPG powered engine produces 11% less CO2 than a petrol engine at the tailpipe. Overall, well to wheel, which includes production of the fuel, LPG produces around 27% less CO2 than petrol. This is the real life figure. Bio-CNG is even cleaner.

LPG is widely available in the UK at filling stations and you can also have a large tank installed at home if you wish. You could currently have a Bio-CNG tank at home, but it is basically unavailable on the road in the UK.

Sadly,  gas doesn't help us when it comes to low emission zones. LPG vehicles must pay the charges to enter them.

The benefits of an LPG conversion are many. The fuel itself is considerably cheaper. It's widely available and is unlikely to rise in price alongside petrol, which petrol surely will as 2035 approaches. If correctly registered, you will get a lower VED taxation rate as well.

If and when bio-CNG becomes more widespread, (like it is in many other countries) then your LPG powered outfit can easily be switched over to the new gas.

If your handy with the spanners, you can buy the neccessary parts and convert any bike engine to LPG yourself, then, if you want, take it for inspection by an approved LPG installer and get it registered with the DVLA as a LPG powered vehicle.

I'm going to look into a DIY LPG conversion on my BMW R80 outfit. I don't need to, I live in Croatia, where there are currently no plans to implement a petrol vehicle ban. But I can still do my bit for the environment and save almost 50% on my fuel costs at the same time.

I'd like to have an electric motorcycle outfit but the cost is too high for me. This is a shame because many of the journeys I make are feasible with electric power. I'm really not bothered about the noise that a petrol engine makes. I certainly don't subscribe to the nonsense often spouted about pedestrians being struck down by the silent EV assassins. That's just nonsense. Every pure electric vehicle produced has to make the same amount of noise as a petrol or diesel vehicle up to 19mph. That's the law in the UK. Also, I believe you are supposed to look each way before stepping into the road. It might help if you removed your earphones too.

Riding an electric bike is a good experience too, they have astonishing torque, all of which is available from 0mph. But sadly the cost prohibits them for me.

I am intrigued by electric powered bicycles though. Bear with me here, there's a lot going for them and there is sidecar potential.

In many European countries, people are using ebikes in rapidly increasing numbers and cutting out uneccessary car or motorcycle journeys. The specific type of ebike use that interests me here is the so called "Cargo eBike". These bikes have an extended frame with a large cargo carrying section up front of the rider. This load area can carry all manner of goods or passengers. Many parents are using them for the school run. They can load up 2 or 3 children and take them to school, or into town.
eBikes don't suffer from the extended charging periods that plague cars and motorcycles because their  batteries are much lower in capacity. But you still have a useful range of 50 miles.

It seems to me that I could use the drive system, the best of which is made by Bosch, in a sidecar eBike. I can build a sidecar so I could easily build an electric eSidecar bike. I've then got a vehicle that emits no pollution and is so cheap to run that it's virtually free. Especially if we go ahead with our solar plans and top up with free power at home. My most frequent medium distance trip is to the nearest small city of Zadar and back, which I can do on a 50 mile range.
All of this can be achieved without the need for a license, VED tax or insurance costs.
OK, so they aren't fast and I can't go serious distance on one, but I get my sidecar fix in a different way. When I want to go further, the LPG outfit comes out.
I've done some pedally bike cycling recently, after not doing this for several decades, it's actually quite pleasant but my knees aren't really up to it and the hills are a killer. Modern eBikes (or pedelecs as they are known) get around this with a system known as pedal assistance. This has the added benefit of increasing the range.
How does that work?

It works like this. There's a set of pedals as you'd find on any regular bicycle. But they have sensors fitted which translate how much effort you are putting in and assist this with the electric motor.
You can choose various levels of electric assistance, the more assistance you choose, the easier it is to climb hills or achieve your maximum speed. Obviously, the range of the battery drops alongside this.
For many people, it means that on a cargo eBike, you can carry a load and get up hills without getting all sweaty.

A while back I bought a 125cc Honda Grom for use around town and for smaller trips. My thinking was to save the engines on my bigger bikes because they were barely getting warmed up between stops and it just seemed a bit unfair on them. The little Grom has been a revelation for me. The fuel consumption is outstanding and it does everything I need to do over short distances at a low cost.

The problem here is that when we compare something like this to an electric alternative, we only see the negative differences. The Grom is always ready to go with a splash of fuel. It can do 50mph all day long whilst sipping fuel. It was cheap to purchase, insurance etc is cheap too.

But since I've been cycling a bit, my perspective has changed. This is useful and allows me to make different choices. I can cycle to town, get some shopping and cycle back at zero cost. I like that. It takes longer, but that's not an issue for me. I enjoy the journey more because I get to see a lot more along the way.
An eSidecar based on a pedelec system would make me smile everytime I rode it, in the same way that my R80 outfit does. I'm not bothered about travelling 10 miles at an average speed of 15mph instead of an average of 40mph. It's a difference of 25 minutes. That's 25 minutes more sidecar time. I'm happy with that. I wouldn't be sweaty or have aching knees when I arrived either.
I'd have almost zero cost to pay too. A full charge of a 500W battery would cost me around 7p.
Nothing once we get the solar up and running.

Let's compare that to using the most frugal vehicle I own. The mighty Grom 125cc.

If I used the Grom every day of the year for a 20 miles a day, at a fuel cost of  £1.26 per litre, ignoring insurance, MOT, a service and VED tax;  what would it cost me?

The average fuel consumption of a Grom according to Fuelly, is 100mpg.

My eSidecar doing the same mileage at 7p per daily full charge will cost me:

If I add in my other Grom running expenses, insurance etc. I'm saving at least £450 per year on my smaller journeys.

But for the purposes of this discussion, more importantly, I'm cutting my emissions to nothing for all of my smaller journeys.

If I look at the BMW R80 outfit comparison between petrol and LPG, it shows me this:

At current unleaded prices, as above, that will cost me what?

Add that to the eSidecar savings and I'm up £700 a year and I'm doing my bit for the environment.

OK, so none of this is strictly neccessary in terms of the 2035 petrol vehicle ban, but it's something that I think we could all be considering.

Come 2035, I've already got an LPG outfit and an eSidecar that will perform all of my transport needs within the law and at a considerable cost saving to me. Plus over the 15 years up until 2035, I'll have already cut my emissions massively, ahead of the legislation.

Or I could say "you can take my petrol engined outfit off me over my cold, dead body" which seems to be the stance taken by many.  That's not the way I roll.

As the Mobil Oil company said, way back in 1979 during their campaign to save energy, "Don't be a dinosaur".