I am a new self published author and I am writing this blog post to help others who may be struggling with some of the issues that I have.

Here are my two self published books: 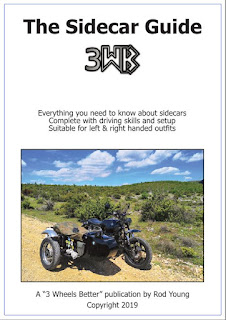 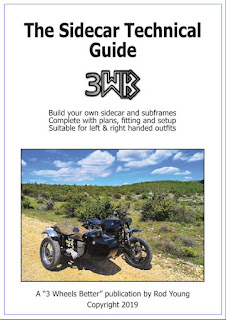 It all started last year when I decided to write a book to help motorcycle sidecar owners. I had closed my sidecar business in the UK and moved to Croatia a few years ago and have always enjoyed writing, so it seemed like a great project. I wanted to share my knowledge with sidecar people all around the world.

I began by asking questions on sidecar Facebook groups and helping people with their questions, although this is something I have always done. I asked people what topics they would like to see covered and suggested a list of subjects for the book.

After a while, it seemed that there was sufficient interest to go ahead and I had a good list of potential chapter headings. I decided to split the work into two separate books as there was a lot of information to cover. One would become The Sidecar Guide and the other, The Sidecar Technical Guide.
The first book would be aimed at potential sidecar owners, people who wanted to find out more before getting a sidecar, how to ride a sidecar,  or for people who already owned a sidecar and wanted more information.
The second book was for those that wanted to understand more about how their sidecar works, including lots of technical information on how to fit, setup and build a sidecar from scratch.

As the books would have lots of pictures, diagrams and drawings, I decided upon an A4 (US Letter) format.

I began writing the first book, which I was to discover was the easy part!

At the same time, at the end of 2018, I continued publicising the book on social media as I was writing. I wanted to generate as much interest as I could and continue to ask for ideas as the books developed.
I created a new Facebook Group where motorcycle sidecar people could ask questions about sidecars and share their experiences, this has been very useful in publicising the book and is a useful extra resource for my book customers.

In April 2019, prior to the books being completed, I launched a pre-order page on my own website and shared this information by social media and on busy sidecar forums online. The pre-orders were made as a special deal where buyers would get a signed copy and special pricing.
This helped me to fund the project as I had decided at that time to produce the physical books myself.

I chose to write the words for the books using Google Docs, then when each book was written, I transferred the copy to Affinity Publisher, which is a new page layout application. At that time it was in Beta and was free to use. It is an excellent piece of software.
I could then add all the various images and layout the pages. I had to spend many days producing the engineering drawings and diagrams to fill the books.

I missed my first self imposed deadline by some time, but I kept in touch with my pre-order customers and they were all very understanding and supportive, as they knew that the books were not complete when they ordered.

Once The Sidecar Technical Guide was finished, I had orders of over 100 of each book and spent a long time printing and binding these books. This turned out to be a very time consuming process and the postage to various countries was expensive. Since I live in Croatia, all of my books were sold internationally from my own website. I had Paypal buttons on my website for payment, which worked well.

I managed to get all the books printed and posted but decided that I should investigate producing an eBook version which I had not previously considered. This was because of the time required to produce a book and get it posted to the other side of the world, it just was not fast enough and the cost was too high.

I used Amazon's KDP program and software to produce the eBooks from my own PDF copies. This is not as straightforward as I imagined and it took some time to get a decent version that would work on all the various devices that people use. I used the Kindle Create software to produce the final eBooks, which worked very well. My books are picture heavy so the fixed format version worked best in the end, rather than the reflow option.

Whilst doing this work on the eBook version, I looked into the KDP provision to produce Paperback books for sale on Amazon. This works remarkably simply but required a different format again. The KDP website tools are a little difficult to use, but eventually I was successful and after a brief period of only selling the eBooks, which were now selling directly from my own website via the E-Junkie service, I had both The Sidecar Guide and The Sidecar Technical Guide on sale by Amazon in paperback format.
I decided to publish the eBook on the Kindle store as well as offering them directly myself, to reach a wider audience. I make less on each sale on Amazon, but I'm hoping the additional sales will make it worthwhile.

The strain of printing the books and posting them has now gone and I can't say how much of a relief that is!

So in all, it has taken me around 9 months from the start to the stage where my books are on sale in their final eBook and Amazon paperback versions. It has been hard work and I have learned a lot along the way. It is very satisfying to write your own book and be a self-published author.

Problems along the way were mainly to do with getting the correct book formats, printing was a major issue initially too. I had tried to print the books myself, but my own colour laser printer was very slow and the toner did not last long, although the quality was superb. I used a local print service after that which was unreliable and poor quality for a higher cost! Post was also a major problem, with the slightly random Croatian post system and high costs for international postage.
Navigating around the KDP system took a while to get used to, but it's worth the time spent.
Fortunately I was already proficient in producing my own website, so that was no issue.

I did my own proof reading and copy editing, with which I am happy with the results.

I hope that you find this post useful in your own self publishing work.